Discover the Pirates of the Caribbean

If you have ever dreamt of being a pirate or would like to explore some of the Caribbean locations where the Disney films Pirates of the Caribbean were shot then here are our favourite five places that we recommend for your next luxury yacht charter. 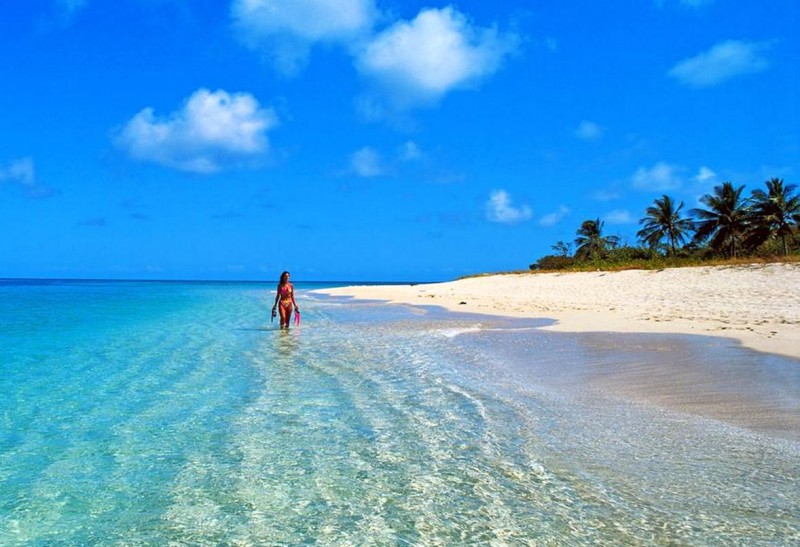 It's unlikely you have not heard of the Pirates of the Caribbean (POTC) movies, but in case you have been stranded on a desert island, as happens a few times in said movies, POTC is a series of fantasy buccaneering pirate films based on a Walt Disney's theme park ride of the same name. It has a star-studded cast with, most famously, Johnny Depp who brings Captain Jack Sparrow to life, along with Keira Knightley as Elizabeth, Penelope Cruz as Angelica and Orlando Bloom as Will Turner. 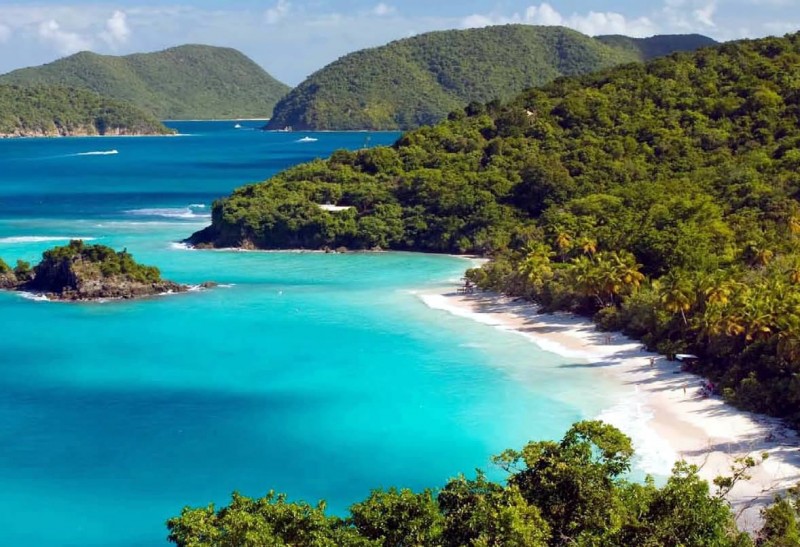 1. St Vincent and the Grenadines

A good portion of the first POTC, The Curse of the Black Pearl, was shot on St. Vincent. The movie set for Port Royal, an infamous pirate's harbor that in real-life was located on the north coast of Jamaica, was filmed in Wallilabou Bay on the Leeward coast of St Vincent north of Kingstown. Parts of the façade of the waterfront portrayed in the movie is still there and looks quite real from a distance but when you get up close it is easy to see that this is just a film set. However the hotel / restaurant that appears in the movie is still there and it is still a relaxed, lovely place despite its celebrity status. 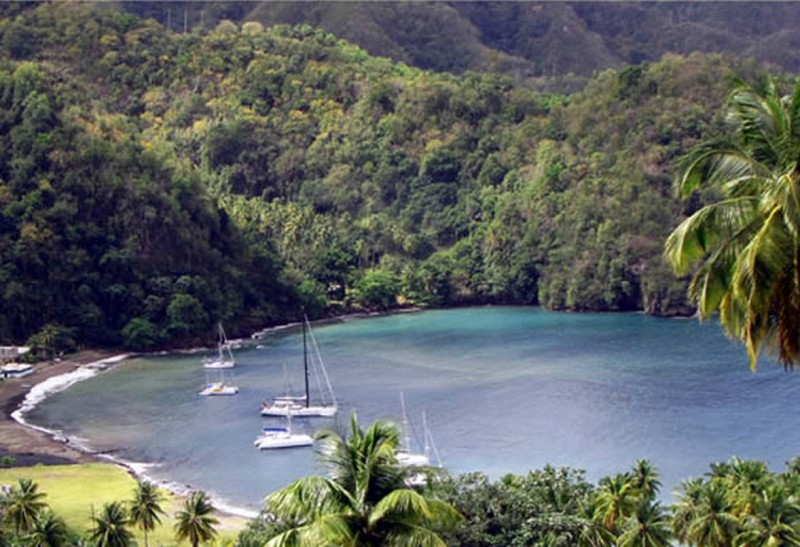 Bequia, in the Grenadines, is easily recognisable by its stunning beaches and rustic unspoilt beauty featured in the first three Pirates of the Caribbean films. Port Elizabeth with the largest population in these group of islands is in fact a tiny town of two streets (Front and the Back Streets) and is famous for the Rasta market and its laid back local tempo. Whether you're a swashbuckling buccaneer in the making or not it is worth a visit.

No mention of the Grenadines can be made without featuring the awe-inspiring Tobago Cays. Petit Tabac, one of these incredible Cays, is situated just outside Horseshoe Reef, and it was here that Captain Jack and Elizabeth were abandoned by Captain Barbossa in the first movie. This truly is the picture-perfect desert island with all that you can dream of – coconut palms on fine white sand and sparkling blue seas – and nothing more. 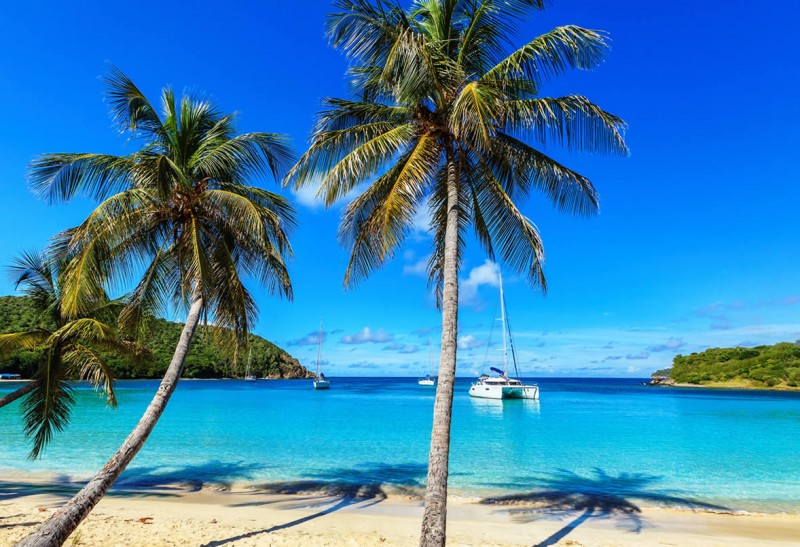 And if you want an in-depth experience of how the stars actually live then a visit to Young Island, a 35-acre resort, off the Southwestern tip of St Vincent, where many of the actors including Johnny Depp stayed for part of the filming, is in order.

More information about the Grenadines

This lush tropical island is spotlit in the first three POTC movies. It was, most notably, Cannibal Island in the Dead Man's Chest where Jack escaped the fate of becoming dinner with the subsequent fight scenes. 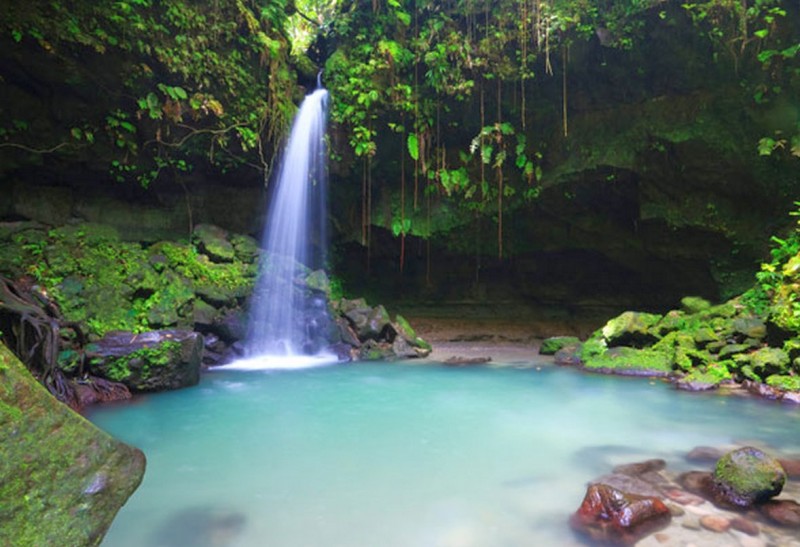 The northeast coast is dominated by dramatic cliffs with a natural untouched beauty. The verdant and dense rain forests that sprawl across the mountains were the setting for many crucial moments while the Indian River provided the location for many of the boat scenes. Filming also took place with temporary sets in Soufriere and Vielle Case, as well as scenes in locations like Hampstead Beach, Titou Gorge, and Pointe Guinade. 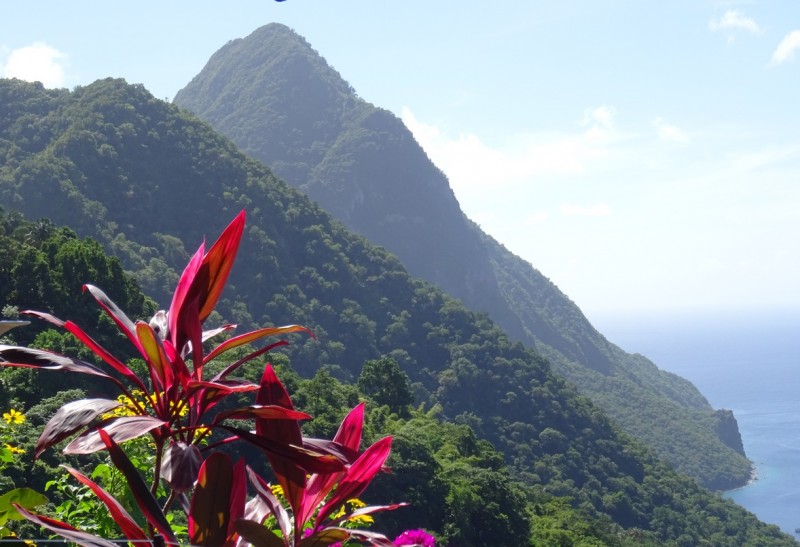 The iconic Pitons Mountains often appears in background of the earlier POTC movies, particularly with the water scenes while Pigeon Island, in the northwest, in a mirror to the late 1700s real life, was used for some of the British Military scenes.

Marigot Bay with its natural archway was infamously the site where Jack finds the skeletons of captured pirates hanging ominously in the first film. However with no dead bodies or rampaging soldiers to avoid Marigot Bay is a peaceful paradise and easily one of St Lucia's most popular destinations. 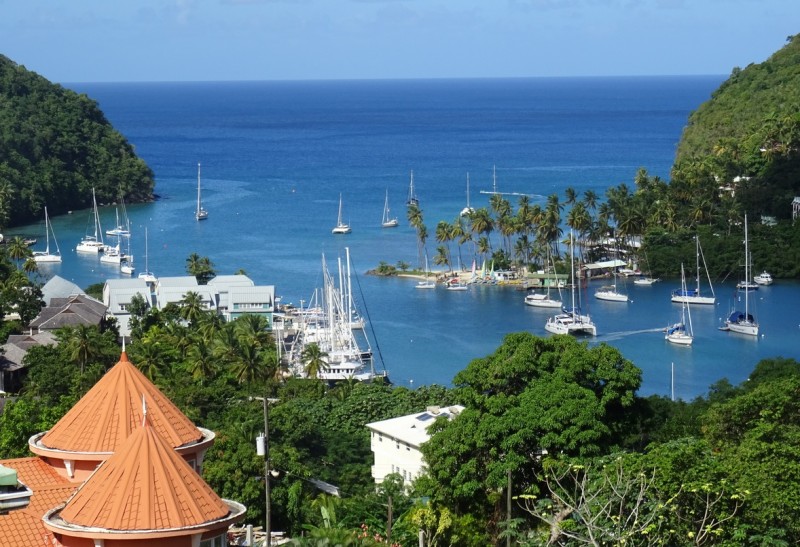 A new director took over the franchise in the fourth movie of the series, On Stranger Tides, and very little of it was shot in the Caribbean. The only locations used were filmed on Puerto Rico, at the very beginning and end of the movie. 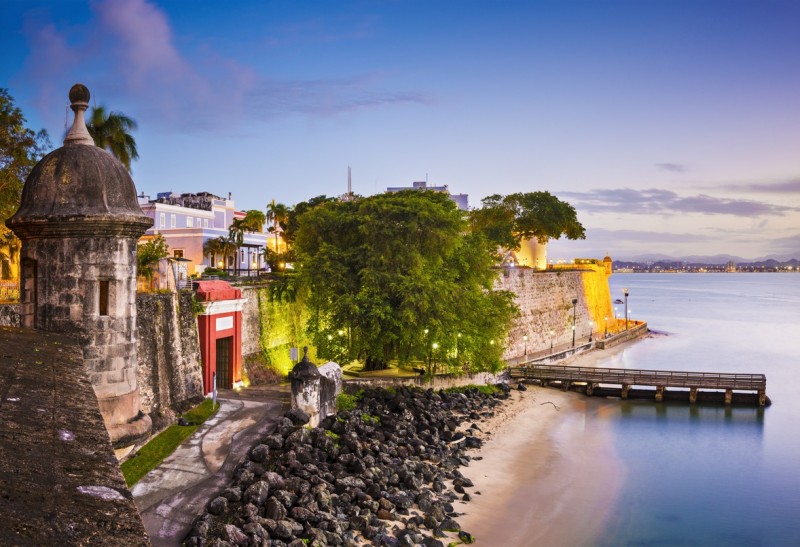 In the opening scene the fort, where the old man fished the cup that is the elusive Fountain of Youth out of the sea was set in Castillo San Felipe del Morro and Castillo San Cristóbal in Old San Juan. Old San Juan, the oldest city in Puerto Rico and San Cristóbal, the largest fortification built by the Spanish in the New World, make a fitting setting for the old Spanish city of Cádiz in the film.

The movie's final beach scene was filmed on the tiny islands of Palomino and Palominitos, off the coast of Fajardo on Puerto Rico's eastern tip. These delightful islets become the deserted Island where Captain Jack leaves Angelica stranded. Surrounded by clear calm water and a coral reef they are ideal for diving, and if you are as lucky as Depp and Cruz were you might even get a visit by a dolphin or two!

For centuries the Bahamas have been contested for and claimed by Spain and Great Britain, but even in real-life their best-known inhabitants were pirates and it is around Grand Bahamas, the northernmost island of the Bahamas, is where many ocean scenes in Dead Mans Chest were filmed. 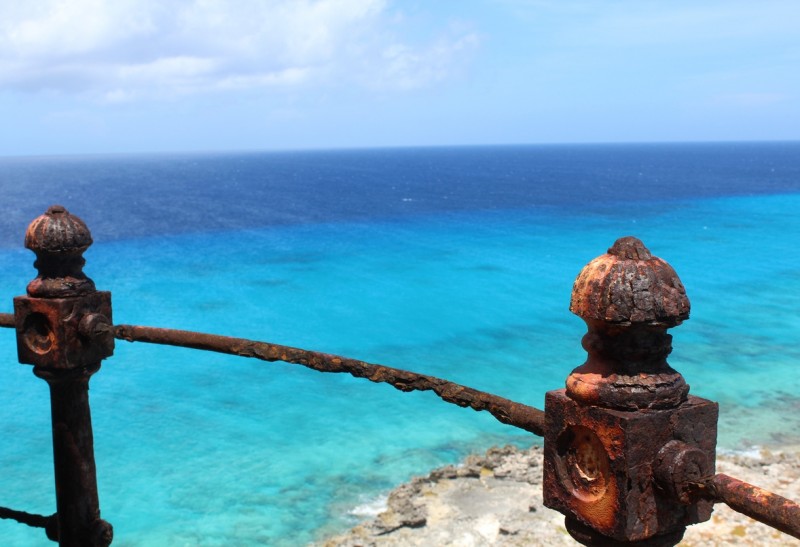 White Cay in the Exumas is where the scenes on Isla Cruces, the plagued, deserted island from Dead Man's Chest were shot. It is the location where the fabled chest that holds the heart of Davy Jones lies, as well as where the sequence involving the ghastly minions of Davy Jones was set. It was also the location of the Parley on the sandbar scene in At World's End was filmed.

Johnny Depp fell so much in love with this area he bought his own island, Little Hall's Pond, for a rumoured $3.5 million, not far from here at the end of the filming rather than have to leave for good. 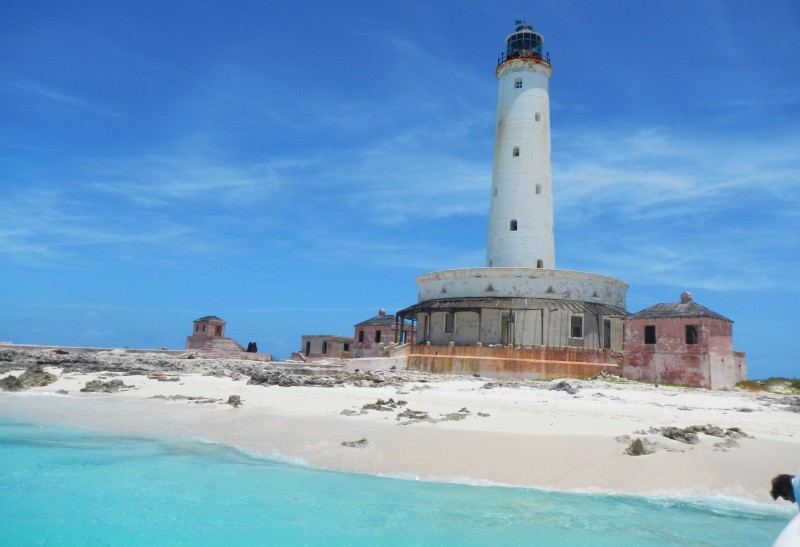 Visitors to the Bahamas might also want to call into the Pirates of Nassau Museum for information on the actual history of piracy on the island. It's a huge building complete with dungeons and a pirate ship and you'll discover that real-life pirates were a lot less lovable than Depp's Captain Jack Sparrow.

More information about The Bahamas

AHOY ME HEARTIES! A luxury yacht charter is the ideal way to explore both real and fictional pirate lives in the Caribbean. For further information about this area and yachts available please contact one of our luxury charter specialists at the Luxury Charter Group. 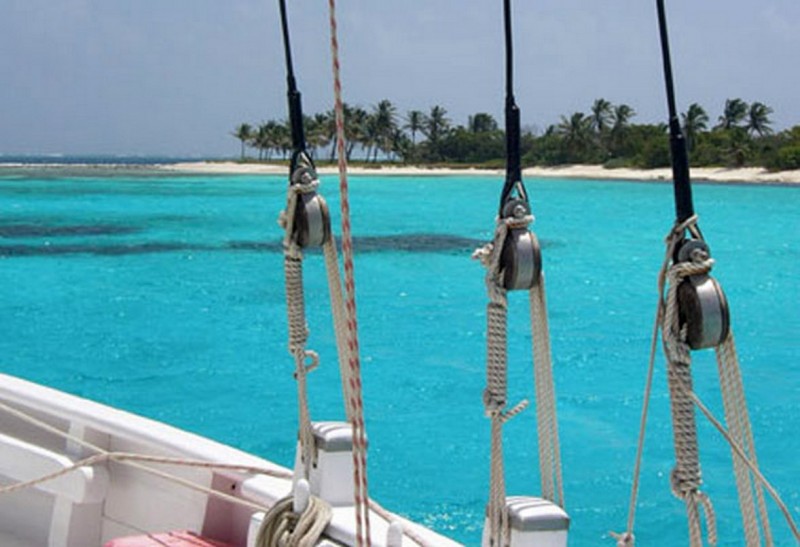 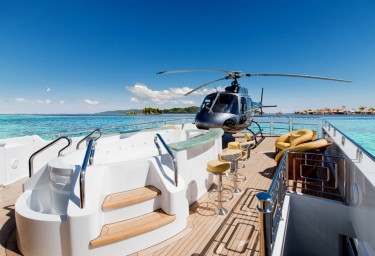 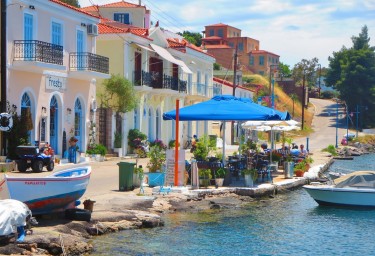 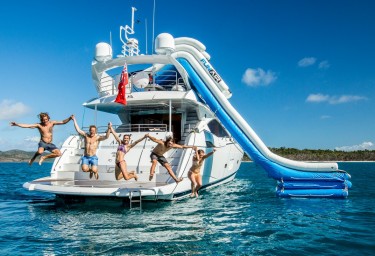 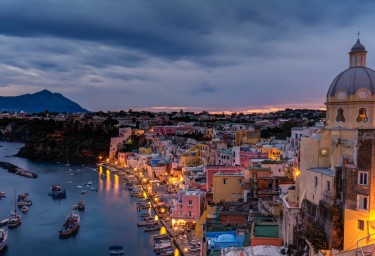