On Australia’s west coast, the Kimberley is one of the world’s last great wilderness areas, now emerging as a fascinating remote yacht charter destination. Largely untouched, accessible only by boat in most parts, the Kimberley coast is among the planet’s least impacted marine environments, with a thriving, ancient indigenous culture. This region has remained a secret for millions of years to all but a fortunate few.

The Kimberleys is an area of rugged natural beauty with nearly 13,000km of dramatic coastline, in particular, the area from the Buccaneer Archipelago to the Bonaparte Archipelago. With 12 metre tides (the second largest in the world), providing two way cascades of water twice a day, this part of the Kimberley coast is inaccessible by land and so retains its untouched beauty.

For charter guests, this is the true heart of Australia: a panorama of craggy sandstone cliffs that change colour as you watch, spectacular gorges and waterfalls such as the King Cascade and Horizontal Falls, as well as prehistoric rock paintings dating back 60,000 years – predating those of Europe by 40,000 years!

The oldest rocks in the Kimberley were formed some 2,000 million years ago and virtually all Kimberley rocks are more than 400 million years old.
Explore hidden gorges, glittering coastal lagoons and pristine bays and tributaries. Dive with giant potato cod at the Rowley Shoals or swim with dolphins, guided by your experienced charter crew who are adept at navigating this vast and rugged region.

Most attractions are at their best from April to November, when waterfalls are flowing, gorges filled to the brim and vivid wildflowers are in bloom.

Australia offers an array of charter destinations & as these start to re-open to Aussies some luxury charter yachts are offering special rates. Ask us today Learn more... 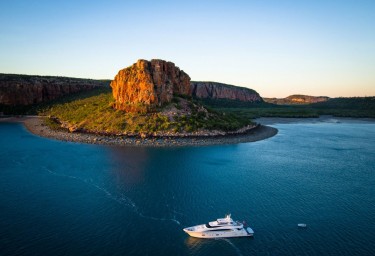 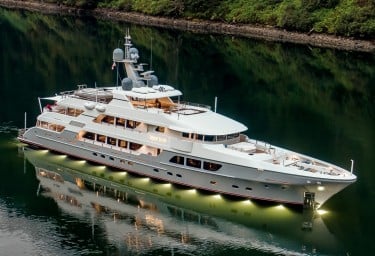 Succumb to the allure of luxury charter yacht ENDLESS SUMMER

Yachts available in The Kimberleys