Revered internationally as “The Sunshine State”, Florida is blessed with 3,000 hours of sunshine and boundless waterways to explore. It is home to two of the world’s most vibrant yachting hubs: Miami and Fort Lauderdale, the perfect departure ports to explore all the leisure options that the Florida Keys have to offer, and earning its south-eastern tip the enviable title of “Yachting Capital of the World”.

South Florida is the epicentre of sun, sand, surf and sport fishing, awash with yachts of all sizes, styles and variously equipped for charters of a few days to weeks at a time.

Fort Lauderdale is an enticing blend of old and new Florida, in its fusion of architecture, atmosphere and a plethora of activities, among them the unique “Floribbean” cuisine which melds Caribbean, Floridian and Latin flavours.

Of course, seafood is the other specialty, and connoisseurs travel from all corners of the globe for Conch, Florida Spiny Lobster, Mahi Mahi, Stone Crab Claws, Clams and Gulf Oysters. For keen anglers, there’s an array of “You fish we cook” restaurants that will turn your catch into 5-star fare.

Just 23 miles north of Miami, Fort Lauderdale is known as the “Venice of the Americas” for her 300 miles of picturesque inland waterways, the New River and the Atlantic Ocean. Life in this water- wonderland is characterised by a balmy, semi-tropical climate, seven miles of shimmering beaches and a population that is as welcoming as it is diverse.

The city prides itself on catering to all your passions. Downtown Lauderdale provides an array of cultural experiences, entertainment, and a dizzying panoply of restaurants, from the most rustic to Michelin-starred.

Miami too is a crucible of culinary delights, not to mention the non-stop nightlife of South Beach, five-senses stimulation in the Art Deco district, the sultry appeal of Little Havana, the Calle Ocho Carnival and a calendar of fabulous festivals that add spice all year round.

Miami Beach boasts plush hotels and spas, an endless array of malls and the historic hideaway of Coral Gables, while Coconut Grove is a boutique maven’s paradise.

Whether your interests stretch to deep-sea fishing, yacht shows, motor racing, playing golf or tennis, or watching Major League sports, Miami is the destination, and the ideal launch pad of your dream charter.

Far from the eclectic buzz that is the city of Miami, its waterways, bays and islands known as the Florida Keys offer miles and miles of azure allure for boat owners and charter guests.

The Florida Keys are a coral archipelago in southeast United States. They begin at the south-eastern tip of the Florida peninsula and extend in a gentle arc south-southwest and then westward to Key West, the westernmost of the inhabited islands.

The best time to book your charter yacht in South Florida is between November and May – through winter and into late spring. Generally, yachts take refuge from the intense heat of July, August and September from any threat of tropical storms the boats are either migrate to New England for the charter season, or take the opportunity for refits and repairs until next peak season. 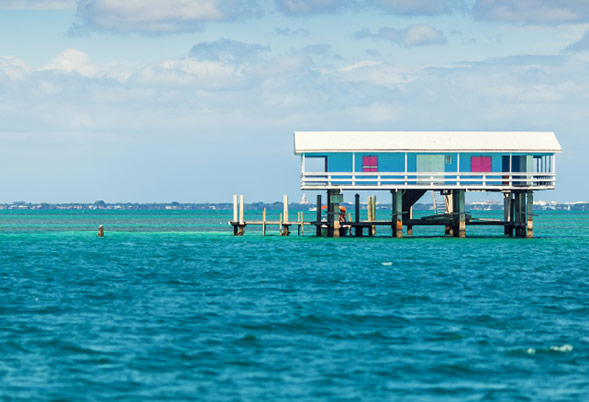 Hovering above the bay’s shallow seagrass beds, Stiltsville is a group of seven wood stilt houses located on Biscayne Bay, roughly one mile south of Cape Florida at the tip of Key Biscayne.

Now a part of Biscayne National Park, the Stiltsville community and dates back to the 1930s when the infamous “Crawfish Eddie Walker” built the first house on stilts above submerged state-owned land.

With only seven structures still standing, after a party caused the collapse of one and Hurricane Andrew in 1992 took the rest, Stiltsville is now part of a national park and has withstood a series of natural disasters and legal wrangles.

Access to Stiltsville is by permission only. You can rent them for up to eight hours for functions or special occasions. 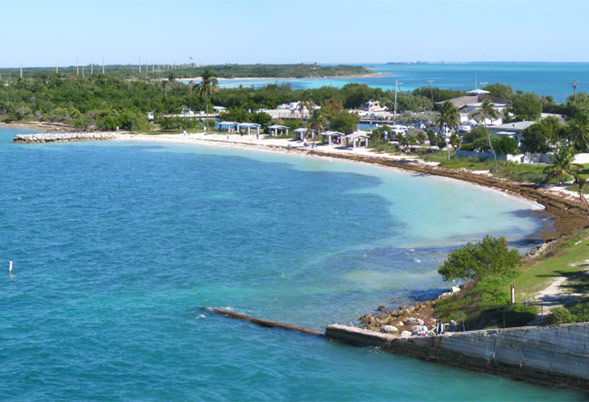 The Florida Keys are an archipelago or cluster of about 1,700 islands in the extreme southeast of the United States. The Keys extend from the south-eastern Florida peninsula near Miami, run south and then curve west to Key West, down to the uninhabited Dry Tortugas.

The Game Fishing capital of the US, the Florida Keys has so much more for every inclination: from spa sanctuaries, entertainment and dining enclaves and boutique shopping to tranquil coastal alcoves and pristine azure waters for diving or snorkelling.

The 120-mile Florida Keys island chain is home to the continental United States’ only living-coral barrier reef. This teeming backbone of marine life runs the length of the Keys about five miles offshore and offers Florida Keys scuba diving experiences that are second to none. 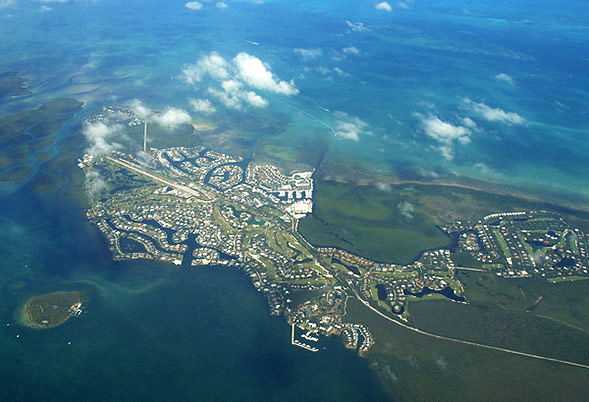 Ocean Reef Club is located at the northern tip of Key Largo, approximately 50 miles by road southeast of Miami International Airport. Its 2,500 lush tropical acres are bordered on three sides by water.

With its 36-hole golf course, tennis courts, salon and spa, a dozen restaurants to please all palates, its 175-slip marina and private airport, this Ocean Reef Club fosters a unique lifestyle based around an enjoyment of life on the water’s edge. 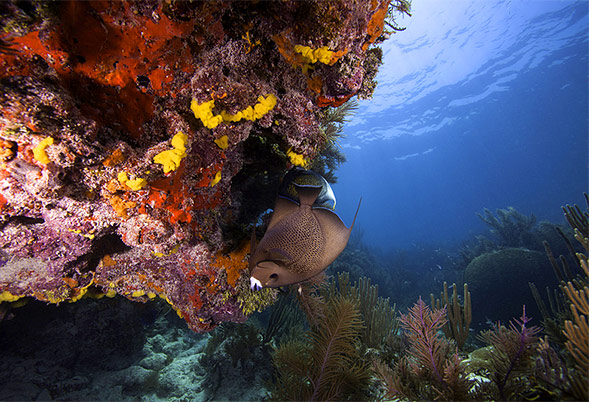 A haven for divers and nature-lovers, America’s first undersea park was established in 1963, named for the late Miami newspaper editor, John D. Pennekamp, who was also instrumental in preserving the land that would become the Everglades National Park. Each year, Coral Reef State Park’s natural wonders attract more than one million visitors from around the world.

Visitors can camp, picnic, dive, swim or marvel at life underwater on a glass-bottom boat tour of the reef on a 65’ high-speed catamaran. 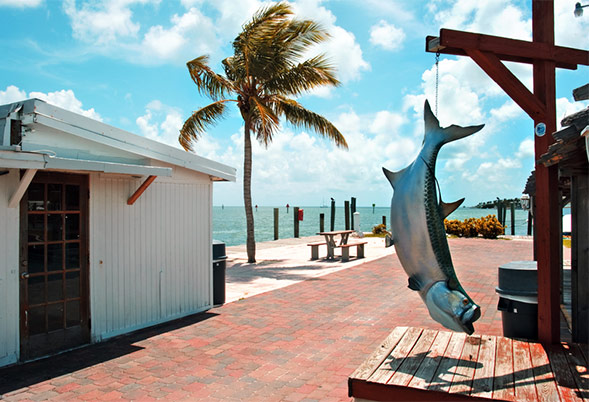 With its tropical ambience and friendly atmosphere, the Florida Keys island village of Islamorada has long been a popular honeymoon destination.

Islamorada, “Village of Islands” is part of the chain of islands know as “the Upper Florida Keys” and derives its name from early Spanish explorers in the area who named it “purple isle”.

It’s renowned as a ‘hot spot’ for fishing, the surrounding waters benefit from the nutrients of the Gulf Stream of the Atlantic Ocean, the Florida Bay and the Gulf of Mexico, teeming with warm water gamefish all year round.

A trip to Islamorada would not be complete without sampling some of the local island cuisine, characterised by succulent fresh seafood served in restaurants of all styles: island tiki bars, dockside fish houses, gourmet beachfront cafes and secluded island bistros.

The island’s boutiques and galleries are replete with one-of-a-kind gifts, apparel and art.

Marathon – famed for the Seafood Festival in March 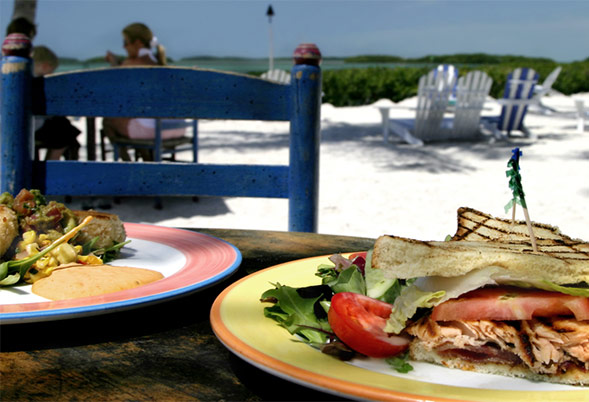 Held each March in Marathon and celebrating the rich fishing tradition of the Florida Keys, the Marathon Seafood Festival has grown in its 30+ years to be one of the region’s largest events, famed for its superb seafood and entertainment for young and old.

Along with more than 200 stalls of jewellery, clothing, arts and crafts, souvenirs and food, there are rides, games and activities for the kids. Dates and more at www.marathonseafoodfestival.com 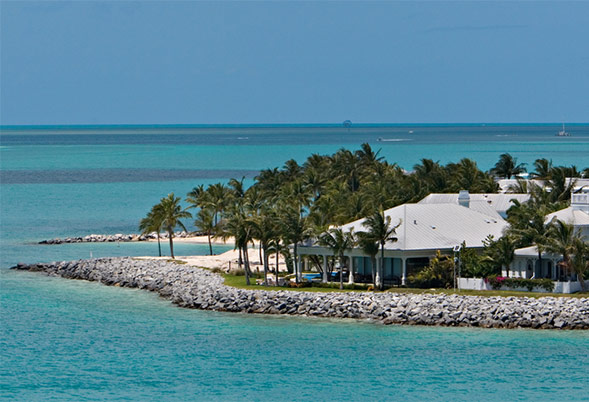 Famed for its spectacular sunsets, southern hospitality, succulent seafood and cuisine with a Caribbean twist, Key West is just a short, picturesque drive from Miami.

The laid back lifestyle and tropical climate attract visitors from around the world, and Key West accommodates them with unique charm with a vast array of attractions and activities. The city’s history is bursting with legends, from pirates to poets, and it counts among its famous residents such luminaries as Ernest Hemingway, Tennessee Williams and past presidents.

World class fishing exists both on the shallow water flats and in the deep blue sea beyond the barrier coral reef. There are dolphin watching tours, glass bottom boat tours, diving, parasailing and sunset cruises on offer all year round. Must-do experiences for visitors include museums displaying treasures and curios from shipwrecks, discovering the haunts of literary greats, soaking up the Victorian architecture and impeccable gardens. Find a vantage point among the locals to bid the sun farewell at Mallory Square each night. Performers, vendors and artists are on hand to demonstrate their unique talents, making it a complete Key West experience. 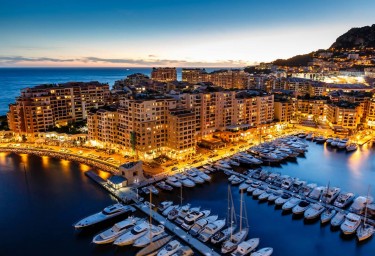 Our Top Ten Cities to Visit on a Luxury Yacht Charter

Want to have an urban experience while on anyacht charter? Here's a list of the best worldwide cities to visit. Ask our charter specialists for more advice. Learn more... 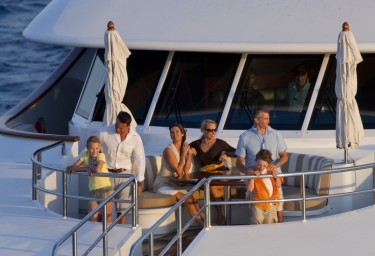 Here's why with changing COVID regulations, Americans may like to consider chartering in the US Virgin Islands, Florida & the Keys, New England or Alaska. Learn more... 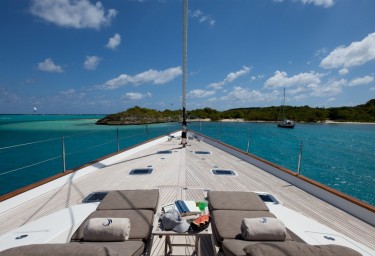 Charter a Luxury Sailing Yacht in the Caribbean

The Caribbean, with hundreds of islands is ideal for private crewed sailing yacht charter. Here are our pick of the best. Ask us which yacht is right for you. Learn more... 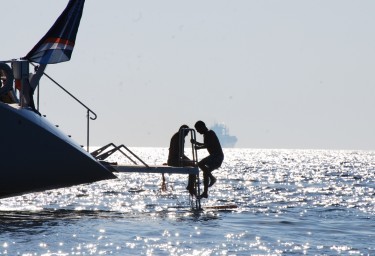 A Luxury Yacht Charter: a Sweet Treat for your Special Valentine

Celebrate Valentine’s Day with the most romantic gesture ever, a luxury yacht charter in the Caribbean. We know which yachts will wow your loved one. Ask us Learn more... 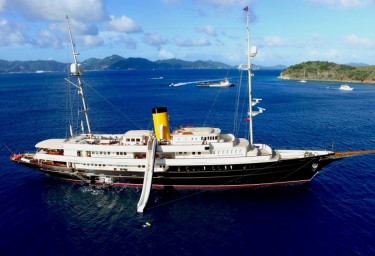 Refurbished and Rebooted, NERO is ready for charter

Following a 9 month make-over this most elegant turn of the century replica motor yacht, NERO is ready to wow charter guests. Ask us for details and a quote Learn more...