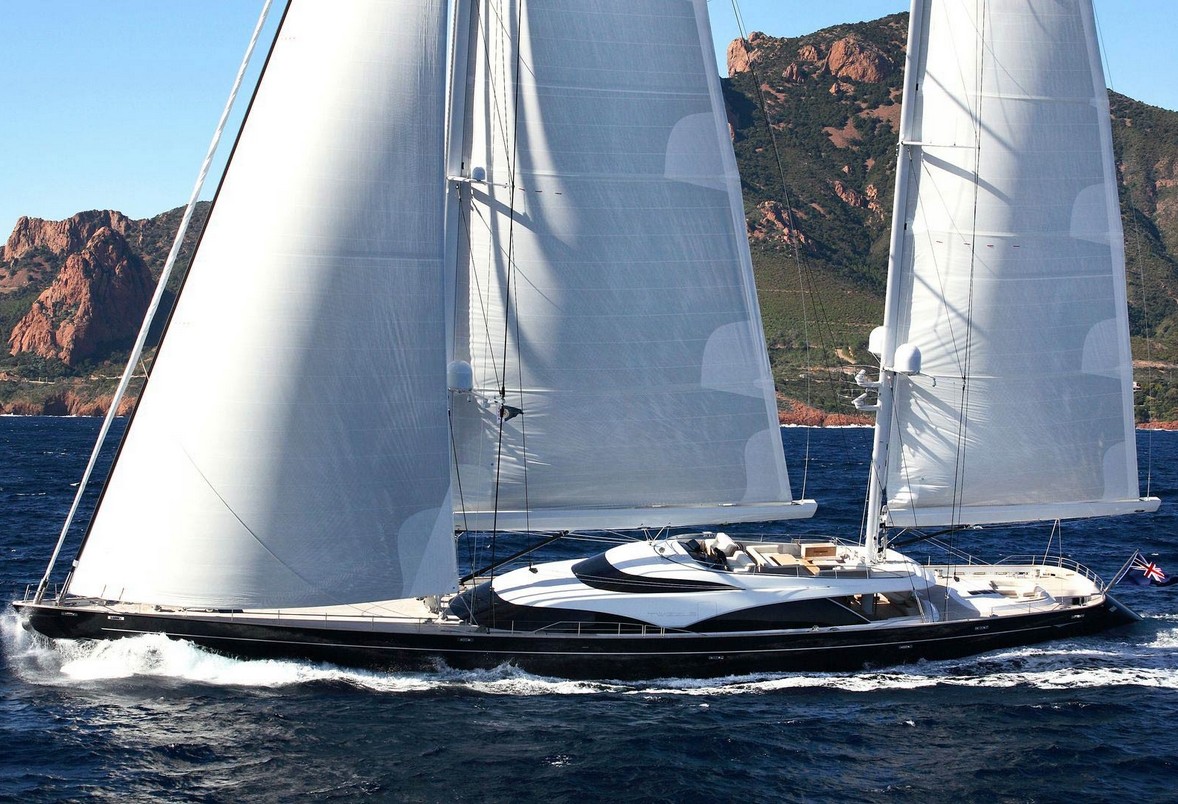 A handful of naval architects and designers are highly sought-after by owners and yacht builders.Because so many of their award-winning yachts are in charter, it’s wise to know a little bit about their styles, their standout yachts and their ideals. 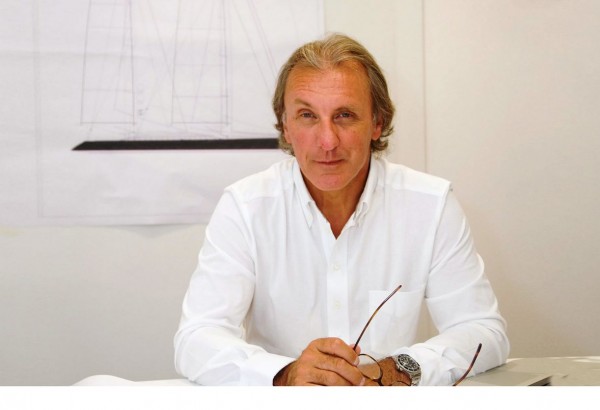 Inspired by his father, an Olympic sailor, Philippe Briand began his career in La Rochelle, France designing his first sailing yacht when he was just 16 years old. By the age of 22 he had developed his first series yacht.

The Frenchman's love affair with yachts began during the 1980s when he became involved in sailing races and won two world championships. This interest in racing led Philippe Briand to become a qualified naval architect. His successes as a sailor led him to both design and race the world famous America's Cup. Briand went on to design a total of eight America's Cup yachts from 1986 to 2000, including winners such as French Kiss and Ville de Paris. 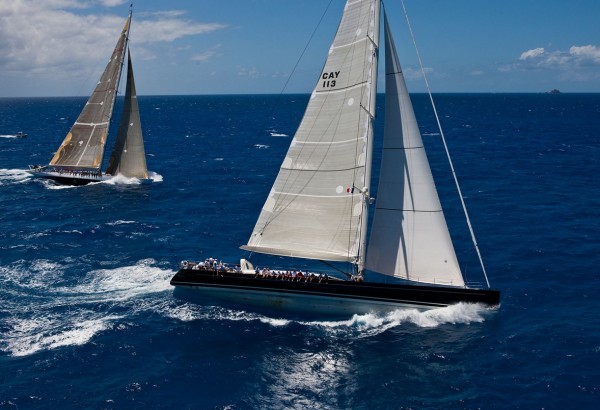 In 2003, Briand's design of the Mari-Cha IV proved to be the fastest monohull in the world after the boat broke the trans-Atlantic world record, crossing the ocean in 6 days, 17 hours and 52 minutes. Her success has led to an iconic status and she has become an industry acknowledged benchmark for other superyachts.

Briand has more than 12,000 boats built to date, based on his designs. According to his philosophy, the primary function of a yacht is to always please the eye and be the pride of her owner. With this vision to design motoryachts of perfect proportion Leonardo Da Vinci's Vitruvian Man became the natural symbol to represent the balance Briand's own marque of yachts strives to achieve under the Vitruvius brand.

In the sailing segment, Briand has designed such impressive yachts as Vertigo, Inoui and Bristolian II, while in the motoryacht segment, under the brand Vitruvius, Briand has completed the73m Explorer, 55m, 50m, Vitruvius 71m Enigma XK, and various production yachts for Jeanneau and Sun Odyssey. 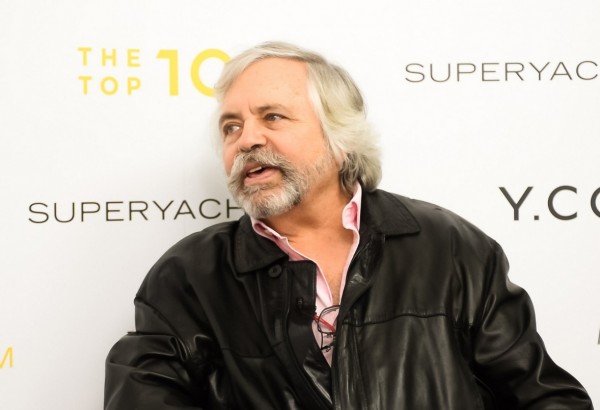 Based in the UK, Ken Freivokh is head at Ken Freivokh's Design and his portfolio includes production yachts as well as award-winning high specification custom luxury yachts, including Maltese Falcon, the innovative 88m sailing yacht, and Dream Symphony, the largest sailing yacht in the world, currently under construction. 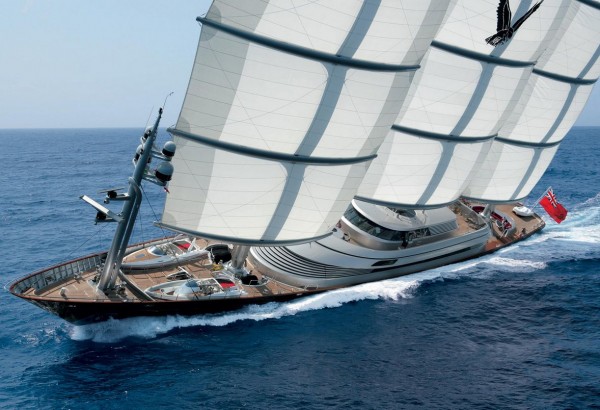 An American, Freivokh graduated as Master of Design at the School of Industrial Design (Engineering), Royal College of Art, London. He is a member of the Royal Institute of British Architects and the Chartered Society of Designers. In 1988, Liz Windsor became his partner, responsible for the selection and sourcing of materials, fixtures, fittings and furnishings. She also has a Royal College of Art background.

Today, Ken Freivokh Design is a multi-disciplinary team renowned for creating unique "out of the box" design solutions. Their award-winning yachts including Mikhail S. Vorontsov, Sycara IV, Spirit, Ocean Phoenix and many more.

This Monaco-based Norwegian has designed some of the most interesting yachtsin the world in the past 20 years.

Known for pushing boundaries, Øino is one of the superyacht industry's visionaries. Coming from five generations of boat builders, a strong nautical background had its influence on Øino and his work. One of the world's most respected designers of large custom motor yachts, Øino has worked with the superyacht industry's leading names, and his designs are some of the most distinctive afloat. He is an expert in combining innovatory design with performance, uncompromising function and efficiency.

Since 2003, he worked in partnership with the forward-thinking SILVERYACHTS team, led by German industrialist and yard owner Guido Krass.

Øino's own design company employs 16 people and has an international profile with multi-cultural employees and a client base stretching from Asia and the Far East to the USA and Central America including Russia.

EspenØino International currently has yachts under construction in Holland, Germany, the US, Italy, Turkey and Australia. 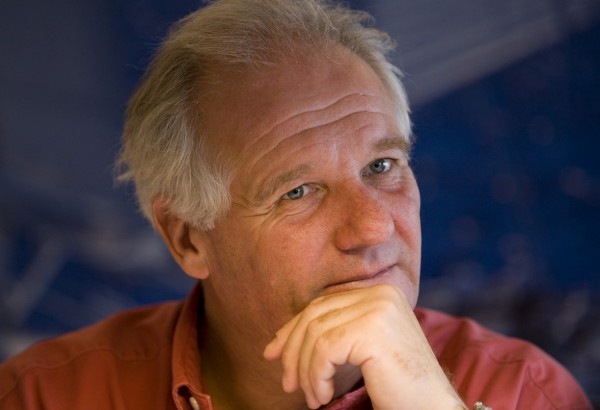 Growing up in England, Ed Dubois confesses to a childhood fascination with the sea, choosing sailing and yacht design as his career in his early teens.

Graduating in 1974, Ed worked for Alan Buchanan, naval architects in Jersey, for a year then left to design his first yacht, Borsalino Trois. Following the racing success of this yacht, he went on to design many winners of the major offshore racing trophies around the world.

Ed's philosophy is to combine ultimate seaworthiness and excellent performance with imaginative space planning and beautifully proportioned, elegant lines. Ed sailed on many of his racing designs through the 70 to the 90s, and today still sails avidly. 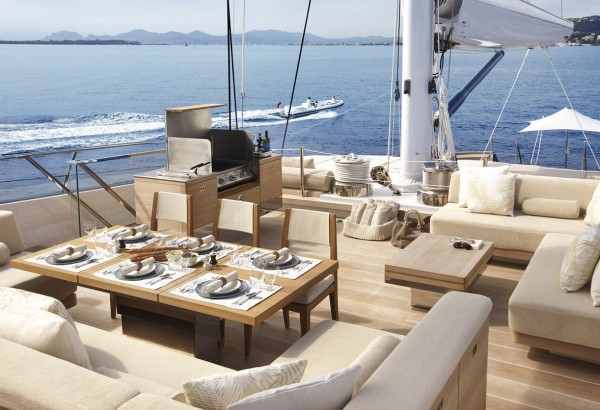 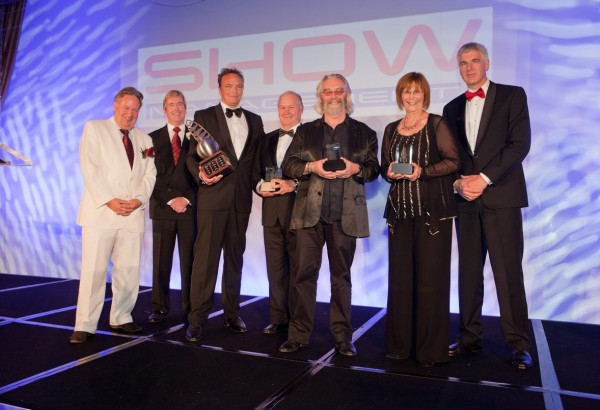 Terence Disdale is renowned the world over for his flair for customised yacht designed to suit the unique tastes and lifestyles of their owners.

Disdale started his career in the 60s in the studio of the late Jon Bannenberg. With a mantra of "Beach house not Penthouse" Disdale favours a more laid-back, though precisely crafted style, and continues to be one of the most sought-after designers in the yachting industry.

There is no single Disdale-style. Timeless, yet visionary, his exteriors and interiors are characterised by an eclectic fusion of materials and textures all with a calming and thoroughly bespoke style to reflect the interests and tastes of its owners.

His company has completed more than 60 designs for superyachts since it was formed in 1973. 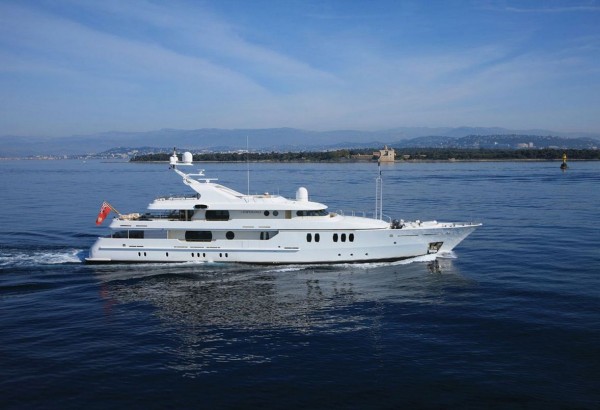 His portfolio includes superb charter vessels such as the behemoth known as Eclipse, Ecstasea, Reborn, Kogo, Boadicea, Huntress, Tommy, Deja Too, Andiamo, TJ Esperanza and Shalimar, among many others. 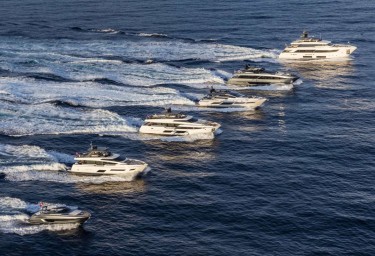 Available for charter in every cruising ground of the world, Ferretti superyachts are popular for their size and spacious layouts, luxurious amenities and facilities such as on-deck jacuzzi, gym, large entertaining areas and in some cases dedicated spa for health and well-being, as well as timeless Italian-design and styling, performance and head-turning good looks ideal for your next vacation. Learn more... 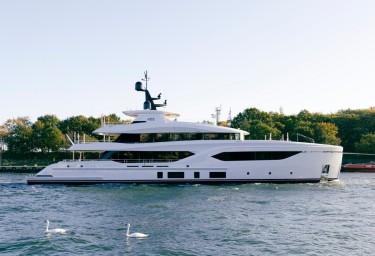 ACE, the first 44.27m C144S model from Polish yard, Conrad Yachts, and the largest vessel built in Poland to date, has made her debut. LCG has been instrumental in the build from concept to completion, and are proud to be ACE's Central Agent. From 2023 we will be offering her for charter in the Mediterranean. Be one of the first to savour this sensational superyacht. Learn more... 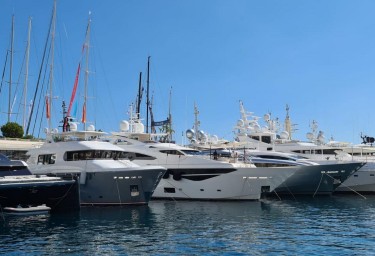 Combining the world’s foremost superyachts from esteemed international builders, luxury lifestyle brands, innovations in tenders and accessories, helicopters, jets and much more, the Monaco Yacht Show is the largest of its kind in the world. We will be there to inspect the latest sensational charter mega and superyachts, luxury catamarans and sailing yachts on display to provide you with the most up-to-date information available. Learn more... 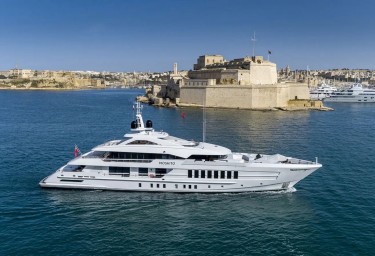 HEESEN - cutting-edge customisation, innovation and Dutch craftsmanship. When company founder, Frans Heesen established the yard in 1978, his focus was on creating custom-built yachts that would be innovative and boast exceptional standards of engineering and styling. Learn more...